Hi everyone! We had an amazing opening day today, with 32 people coming to see the butterfly house. We had such a great time meeting new parents and kids, and planting some anise hyssop seedlings too! We will be open tomorrow (Friday) and Saturday, 10-3, as usual, and we are continuing National Pollinator Week activities with the Great Basin Community Food Co-Op Friday from 6-8 including discussion with Dr. Anne Leonard from UNR. Details below, hope to see you at the butterfly house and the co-op tomorrow! 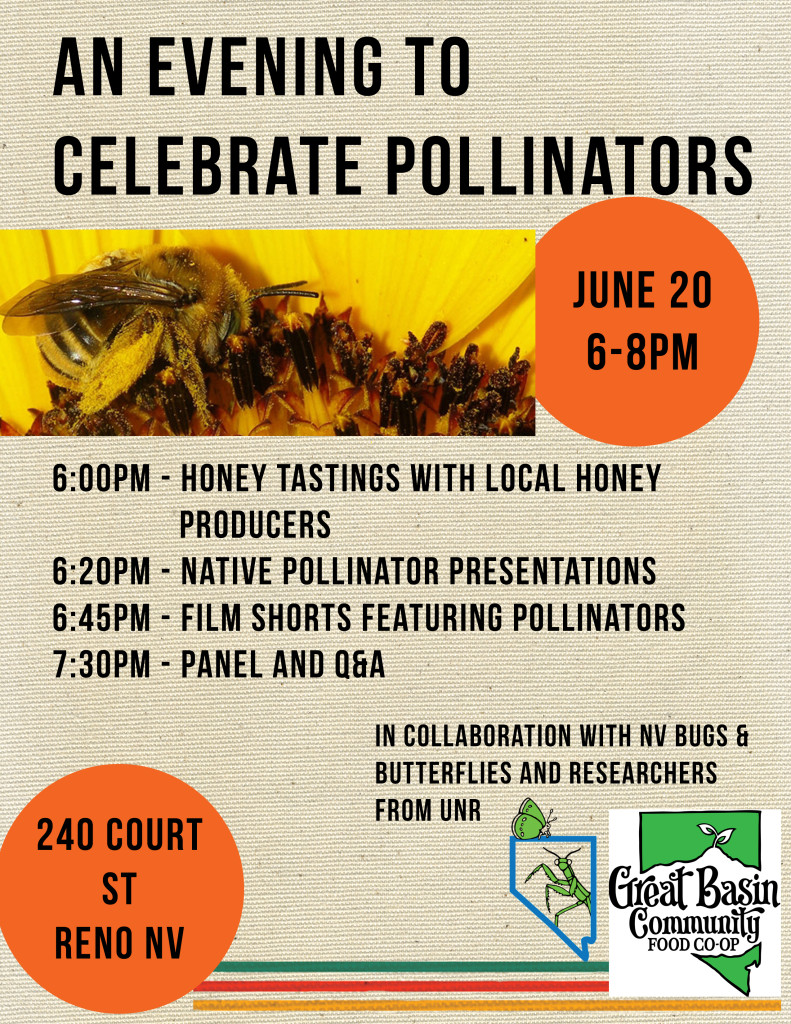 Pollinators are responsible for creating 1/3 of the food consumed by humans every day!

Opening Day at the butterfly house AND community events for National Pollinator Week!

Next week is a huge week for us at Nevada Bugs and Butterflies! Not only will the butterfly house open for 2014 on Thursday, but the whole week is National Pollinator Week, and Nevada Bugs is proud to be partnering with several local organizations, celebrating the bees, flies, beetles, butterflies, bats, and other animals that pollinate most of the world’s flowers as well as 1/3 of human food crops. Here’s the rundown:

We hope you’ll join us in celebrating your favorite pollinators, be they butterflies or otherwise, all this week and come see us at the butterfly house on the 19th! 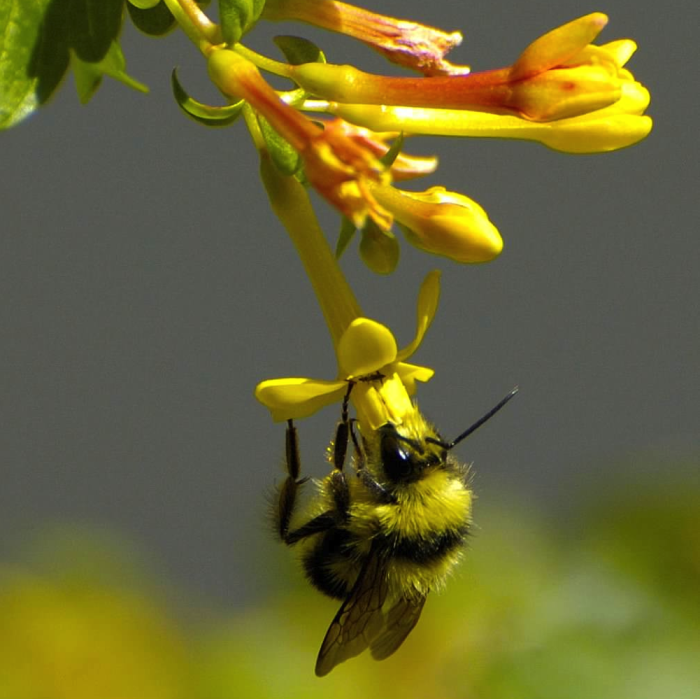 Tubular flowers encourage pollinators like this bumble bee to dig deep for nectar, increasing the chance of the flower being pollinated.

We’ll be at the Terry Lee Wells Discovery Museum Saturday and Sunday, March 22nd and 23rd from 12pm-2m! We’ll have lots of different live insects to hold and observe, including the beetles and velvet ants we’ve featured on the site here in recent weeks. Come get up close and personal with some of our cool bugs, even get a look at some cute baby buckeye caterpillars under the microscope. Hope to see you there! 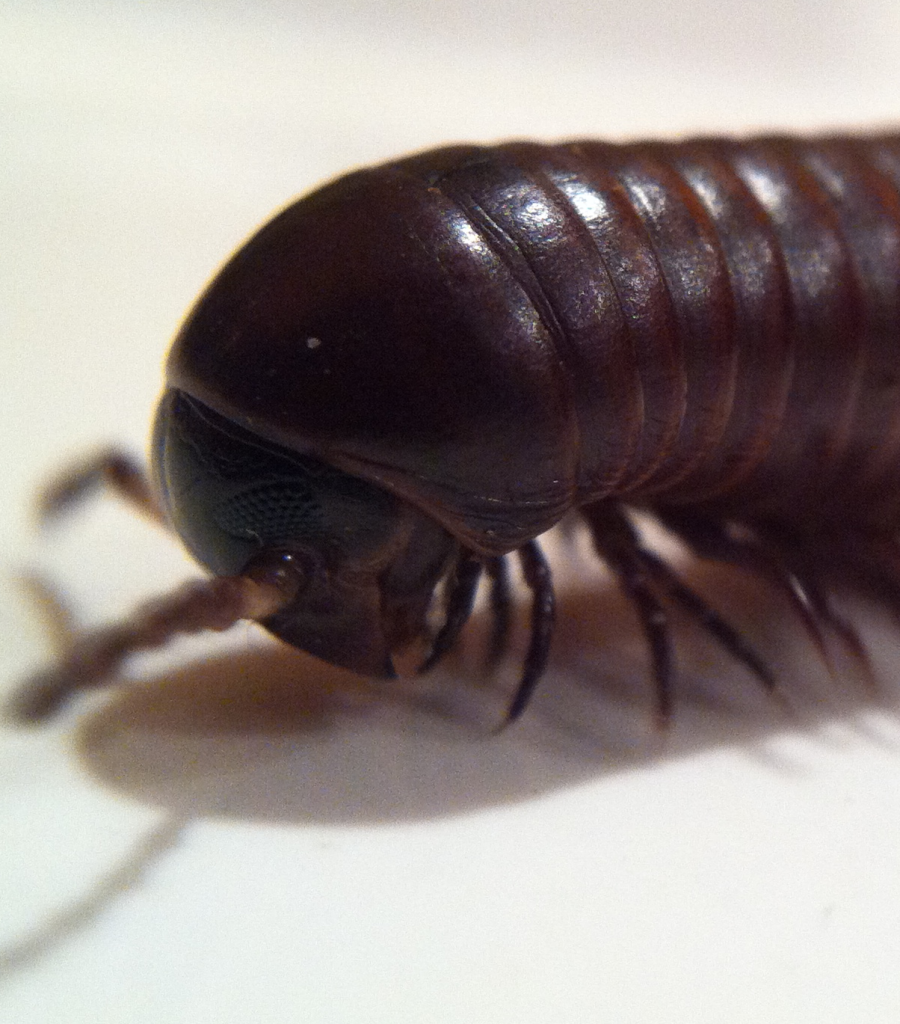 Monarchs are one of the most well-known symbols of the insect world, and many populations across the United States are in decline. If you have an interest in contributing to the understanding of western monarch population dynamics, there is a great opportunity to help out coming up right here in northern Nevada in June.

The Monarch Joint Venture is putting on a workshop to engage citizen scientists in western monarch conservation and citizen science monitoring. It will be a 2 day workshop open to the public (must register beforehand). Speakers for the training include experts from the Monarch Larva Monitoring Project, Southwest Monarch Study, and Project Monarch Health. Participants will learn protocols for a variety of monarch citizen science programs and will be able to experience monitoring in the field and sampling with live organisms.

The workshop is Friday June 6th and Saturday June 7th at the River Fork Ranch between Genoa and Minden, NV. You can register for the workshop here. For more information, email Sarada at ssangame@umn.edu, and feel free to share this with anyone who would be interested! We here at Nevada Bugs are definitely going and we hope to see you there too! 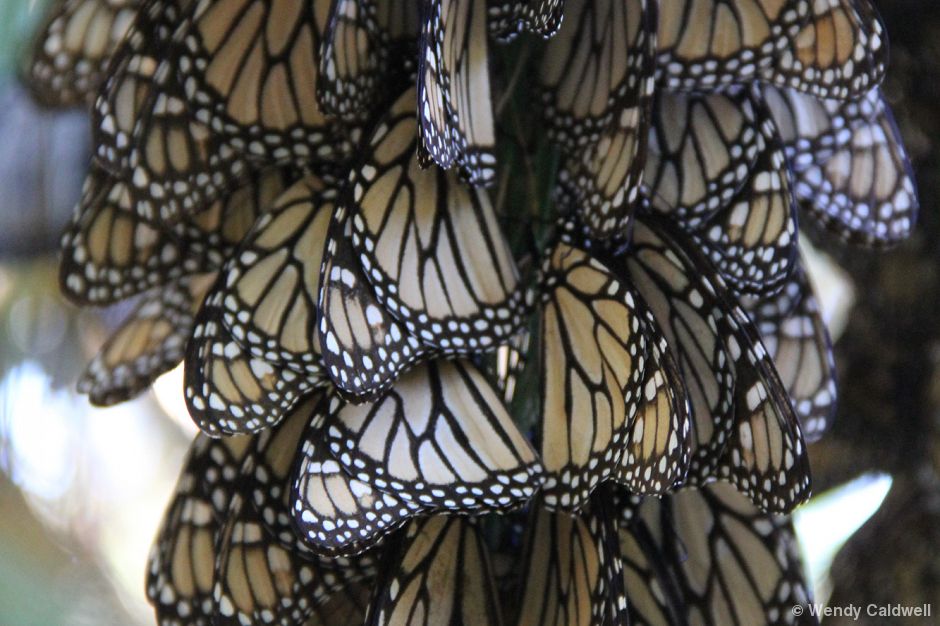 The University of Nevada, Reno is opening a brand new Museum of Natural History and they’re having an open house to kick it off! The museum, located in the Fleischmann Agriculture building (room 300) on the UNR campus, will be open Wednesday, March 5th from 4-6 PM, and Nevada Bugs and Butterflies will be there too. We will have a variety of insects to hold and observe, and you can come check out some of the great collections at UNR and meet some of the researchers that use them. See the announcement below or online here for details.

Hope to see you there! 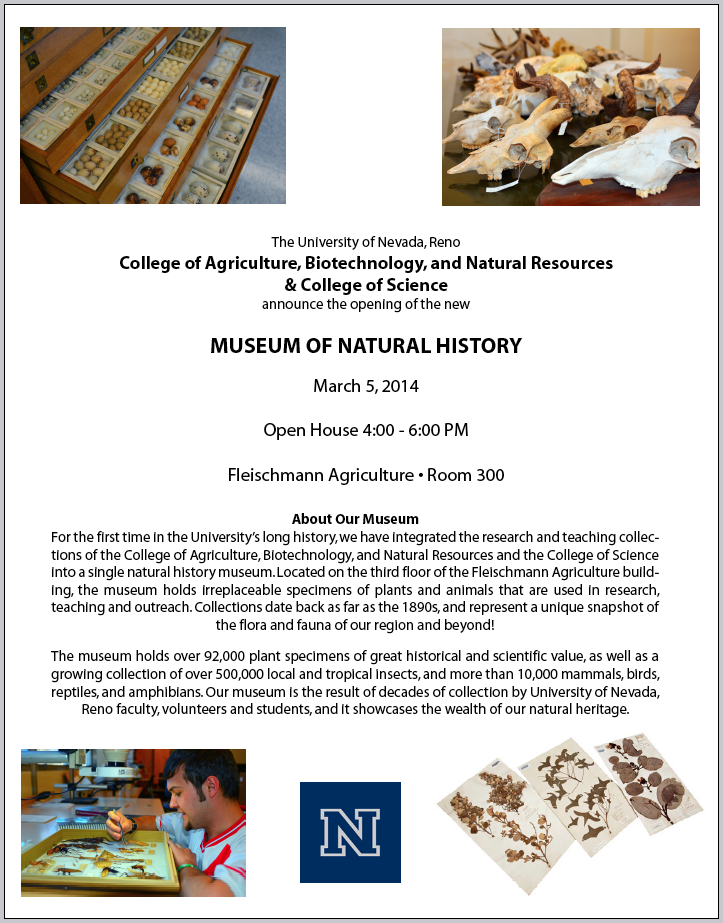 We recently acquired a bunch of new bugs to take with us to schools and outreach events. These are all organisms you could find in and around Nevada. Some of them are great to hold and handle; others are best to observe from a distance. Over the next few weeks we’ll introduce them, along with some information about their biology.

Today’s bug is the blue death-feigning beetle, otherwise known as the blue iron-clad beetle, Asbolus verrucosus. These beetles belong to the family Tenebrionidae, the darkling beetles. This is a large family, with over 20,000 named species! One species you may already know in this family is Tenibrio molitor, also known as the mealworm, which is often used as food for common pet reptiles, fish, and birds. Other species in this family are sometimes (incorrectly) called ‘stink bugs,’ as they can release a bad-smelling odor when disturbed. Death feigning beetles, however, have no such chemical defense, and so are great to be handled. The genus, Asbolus, comes from Greek mythology- Asbolus was a centaur whose name translates to “sooty.” The species name, verrucosus, comes from the Greek meaning “warty,” a reference to the bumpy appearance of their abdomen. Their common name comes from their behavior of playing dead when picked up by some curious passer-by, human or otherwise. This behavior deters predators who only eat living prey items. 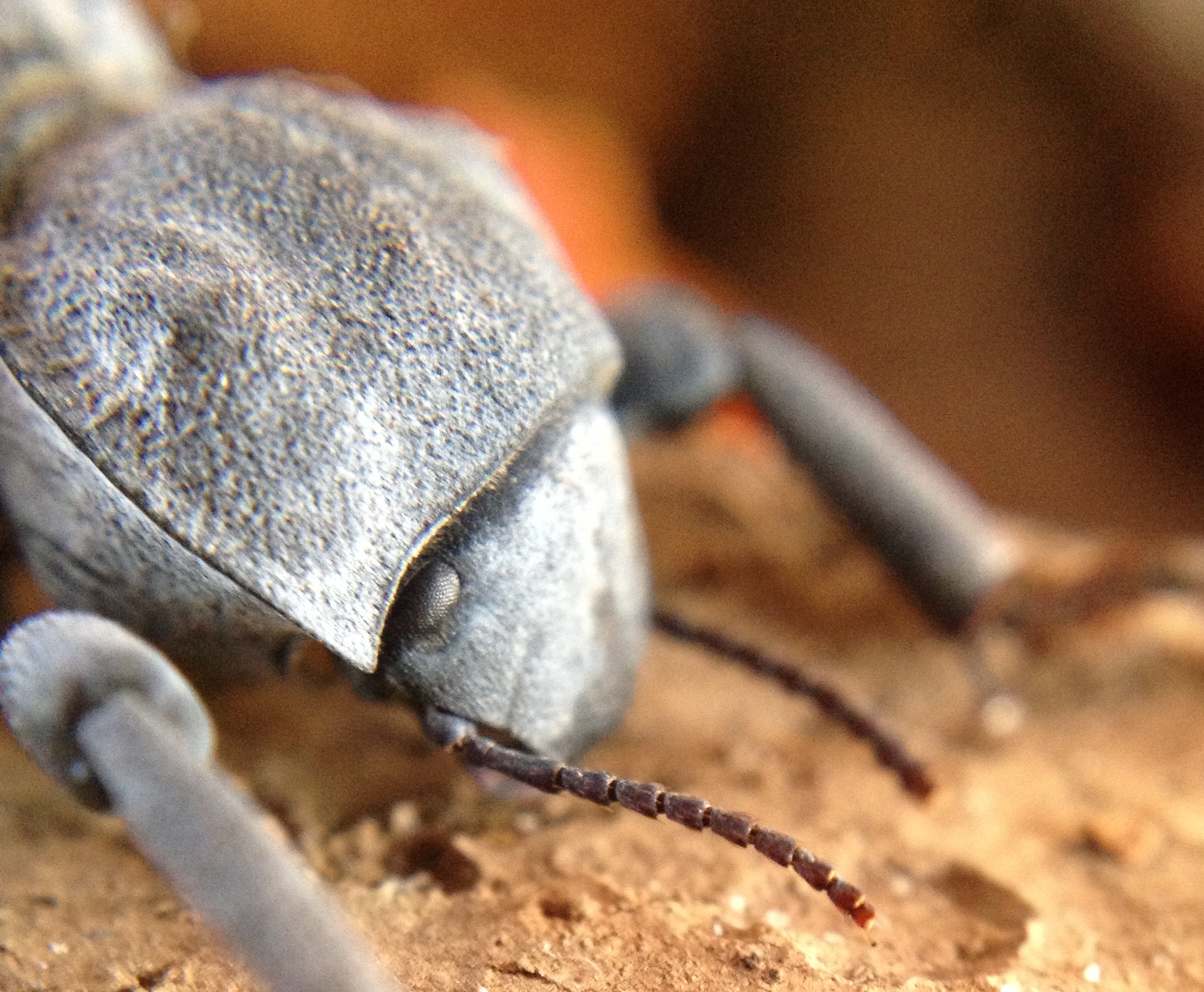 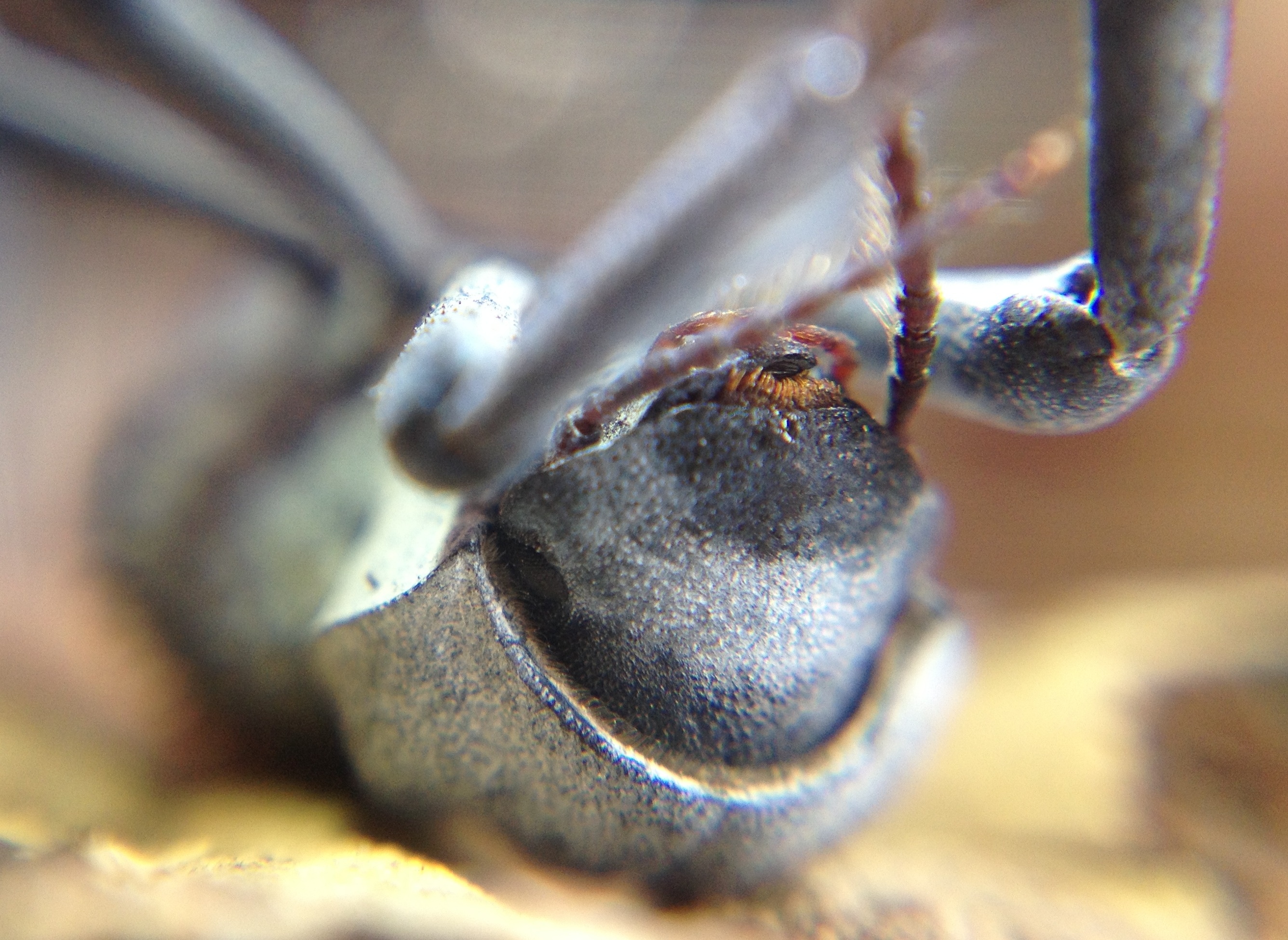 These beetles are native to the desert southwest, including southern Nevada, southern California, and the Sonoran Desert. Their color comes from a waxy coating, which helps protect them from evaporative water loss, a major danger in the desert. As with many beetles, they are detritovores, feeding on rotting vegetation or other decomposing debris. This makes them key players in helping cycle nutrients through ecosystems, especially desert areas where bacterial decomposition is extremely slow.

Above all, these beetles are great fun- they are active throughout the day, easy to hold, and big enough to get a good close look at them. We will have them with us at the butterfly house this year and we hope you’ll stop by and see them! Feel free to ask any questions below in the comments section (click on the post title to access the comment space). 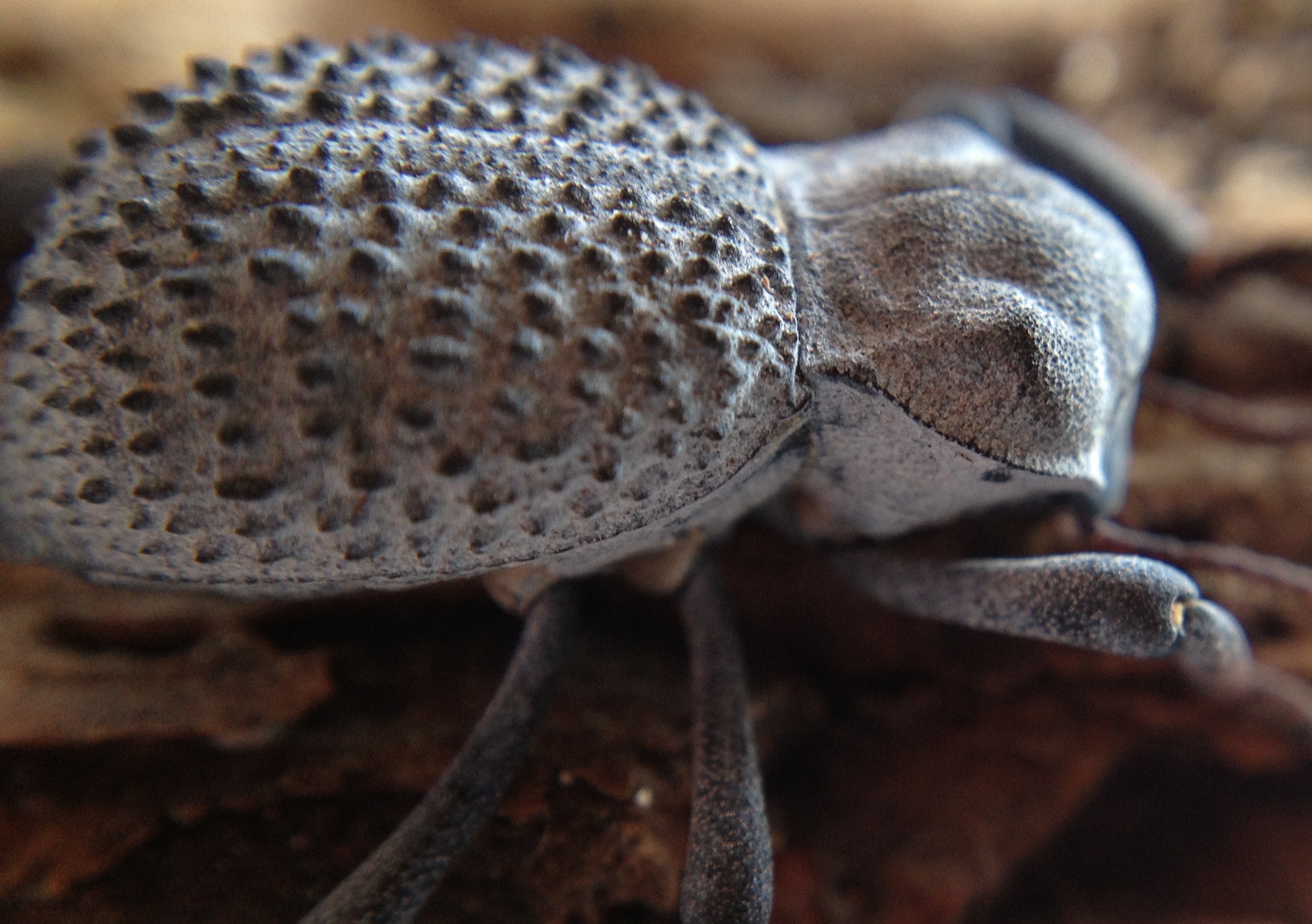 Also, here’s a small video from Bugs in Cyberspace, where you can purchase these bugs to keep as your own!

What a great year! 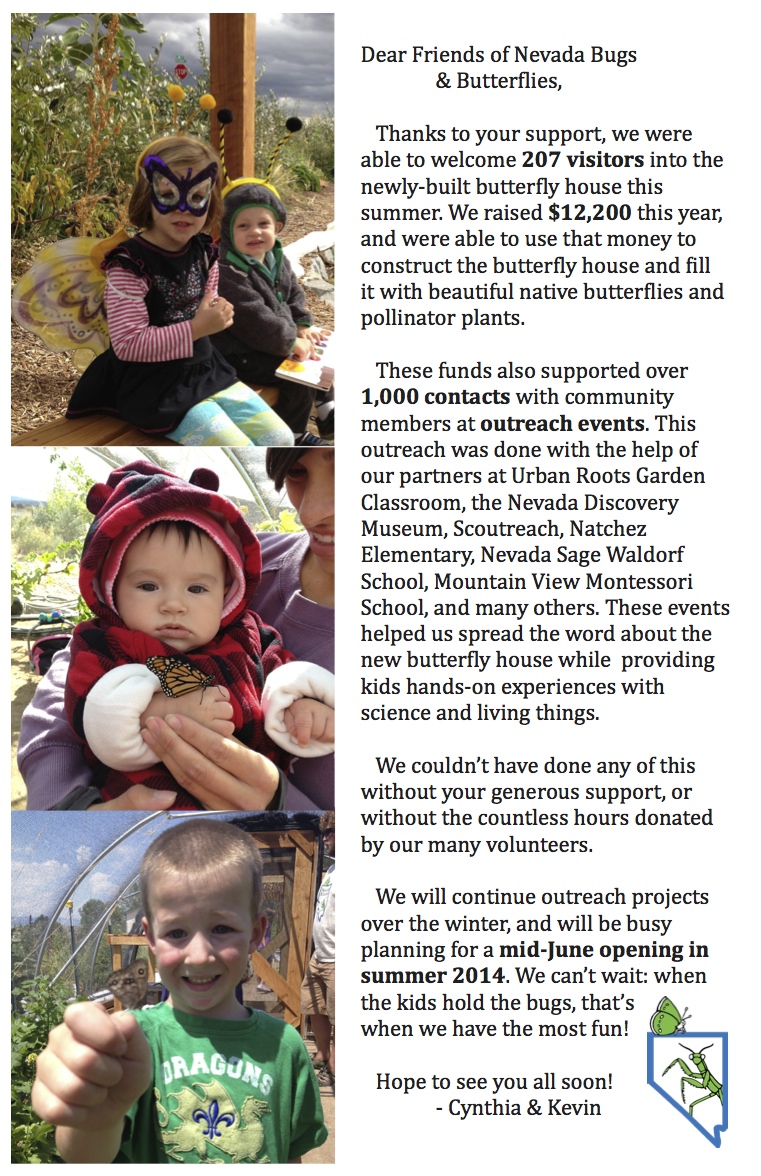 Thanks to all who came and visited!

Fall’s a’comin: Last weekend for the butterfly house this season!

First off, we’d like to thank the River School Farm for hosting the Urban Farm Fest last Sunday. Put together in partnership with Urban Roots to celebrate the local food/sustainability movement in Reno, we had a great time talking to lots of families, letting kids handle our beetles and caterpillars, and showing off our collection of local moths and butterflies. Special thanks to Nikki Boyce of the River School for organizing; we had a blast! 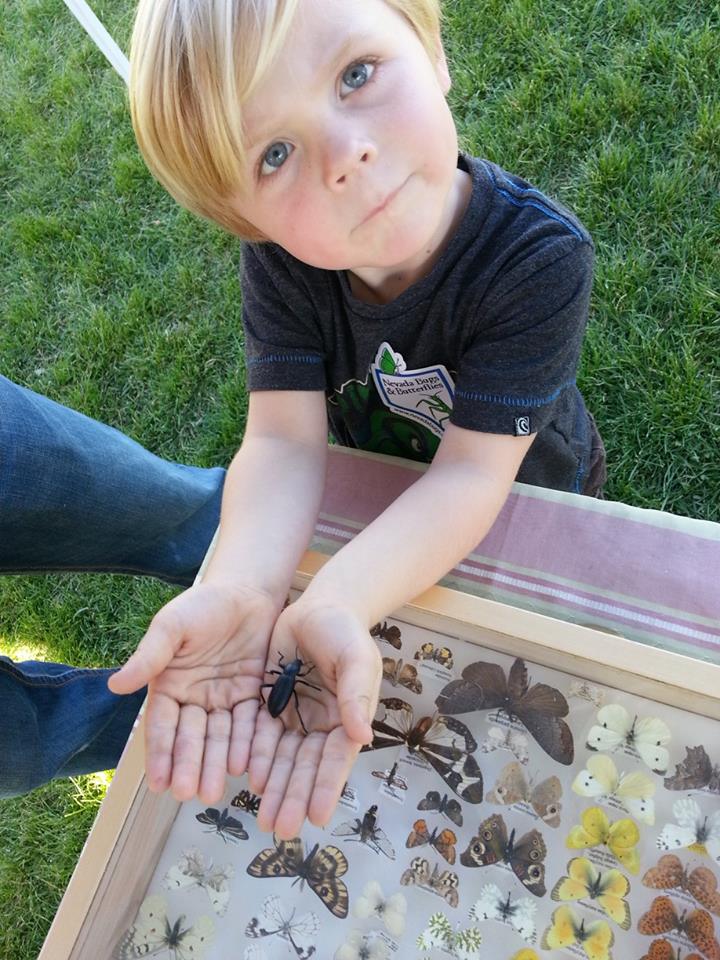 Hanging out with our darkling beetle Tenny 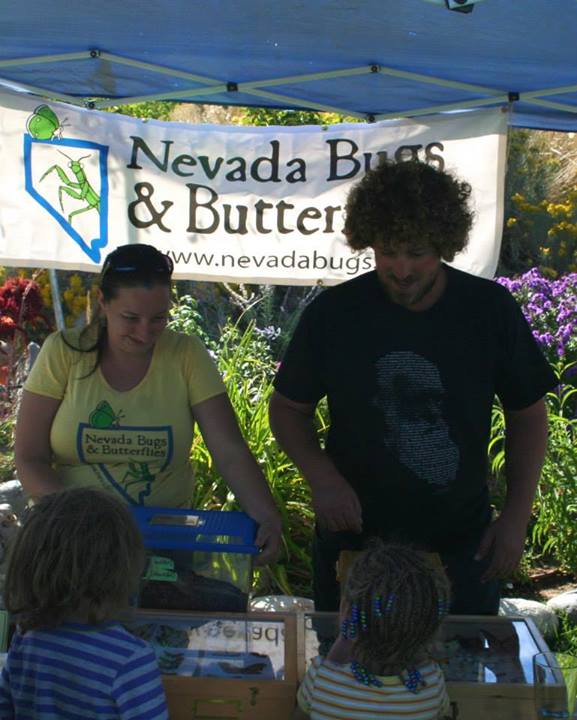 What a great group of kids at the Urban Farm Fest!

Next, if you’ve been in Reno the last week or so, you’ve noticed the changes in the weather: clouds are rolling in, blustery afternoons, and a quick drop in temperatures! We’re officially into fall now, and that signals the end of the season for insects: butterflies either migrate south for the winter, or spend the cold season “overwintering” as eggs, larvae, pupae, or even sometimes as adults. Because of this seasonality, we will close the butterfly house for the winter starting in October. That means this Thursday, Friday and Saturday, Sept. 26-28, will be our last open days for the season. If you haven’t had the chance, we hope you’ll make it out to the butterfly house and say goodbye to the bugs for the winter. The weather looks to be best (warmer and sunnier) on Saturday, so if you can make it then we’d love to see you!

Variable fall weather, but it looks good for Saturday!

Nevada Bugs and Butterflies at the Discovery Museum

We are happy to announce that Nevada Bugs and Butterflies will be partnered with the Terry Lee Wells Discovery Museum in downtown Reno for their Bug Week, July 22-28, 2013! We will be there July 22 (Monday) and July 24 (Wednesday) and will have:

Come stop by at 490 S. Center St. , say hi, learn about insects and our soon-to-be newly opened Butterfly House, and check out the wonderful Discovery Museum. Hope to see lots of you there! 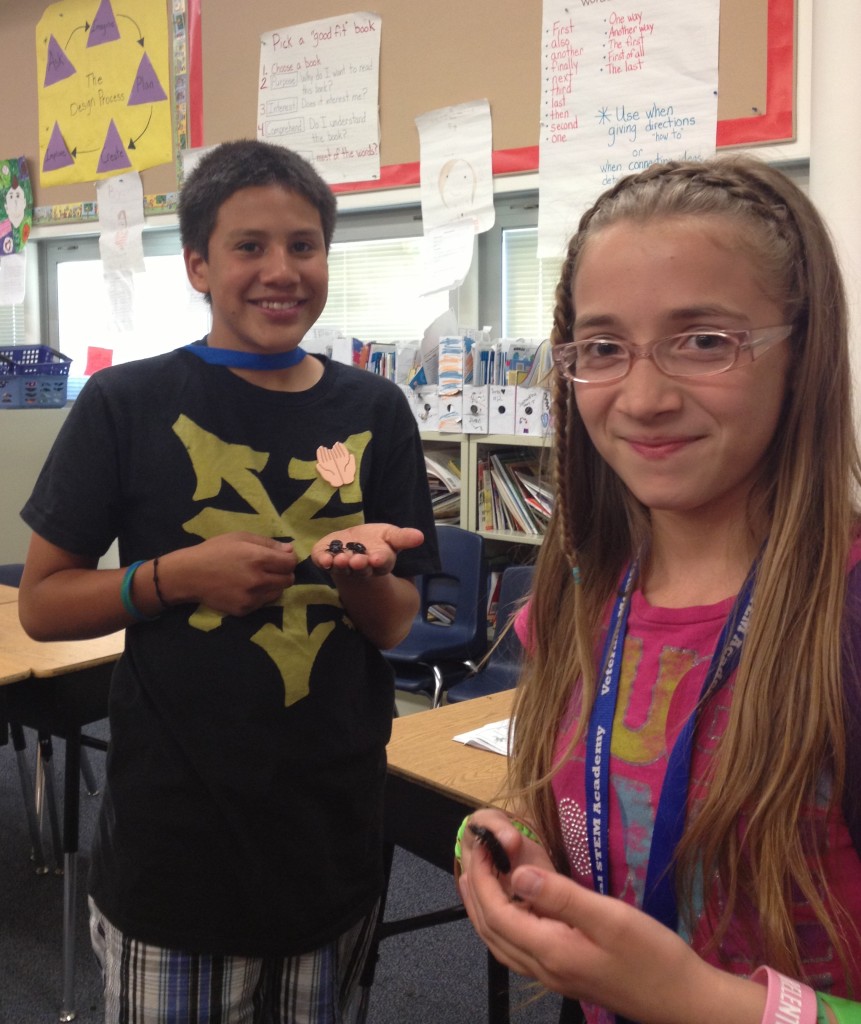 Hi everyone! A quick note on some recent outreach we did in conjunction with UNR’s Ecology, Evolution, and Conservation Biology (EECB) program. Two weeks ago the program had their 4th annual Big Brothers Big Sisters Day, an event where bigs and littles visit the biology department on campus for an interactive day of science displays. This year we had a chemistry and molecular biology room; a reptile, bird, and amphibian room; and an invertebrate room! As in the past there was an array of live reptiles, and we had a whole room full of beautiful pinned insects from around the world as well as live ones. New this year were DNA extraction using household materials and a seedling planting, where kids took home marigolds and poppies. As always, the kids were very excited to see the critters we have on and off campus, and the mentors are usually as excited as the kids to see them as well. We thoroughly enjoyed this year, as usual, and look forward to doing it again next year!