It’s prime time for raising butterflies here at Nevada Bugs; we’re getting ready for our opening day on June 19, and that means we need caterpillars, and fast! One species we’re raising now that you’ll be able to meet on opening day is the Milbert’s tortoiseshell (Aglais milberti), a beautiful brushfoot butterfly with a 2 – 2 1/2 inch wingspan. They are a fairly common species in riparian areas, marshes, trails, and occasionally roadsides, and range broadly across Canada and the western United States. 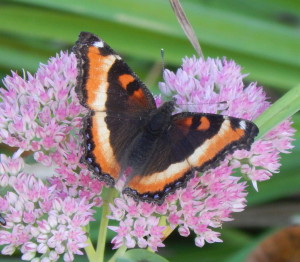 Milbert’s tortoiseshell. Picture from Butterflies and Moths of North America 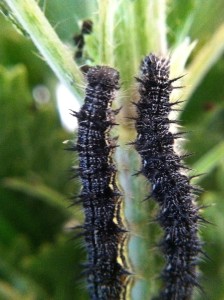 As with many butterflies, Milberts’ caterpillars can eat only a couple plant species, and in this case the most common local host plant is stinging nettle, Urtica dioica. This species is infamous for the painful sensation it leaves if you carelessly brush against it in the woods, and this is likely a good defense against small mammalian predators. We’ve learned to wear gloves when handling these plants!

Despite the drawback of handling nettle, these butterflies are a fun species to rear as caterpillars due to their somewhat unusual feeding behavior. As young larvae, until around the fourth instar, or molt, they feed in large groups, often covered in webbing to protect themselves and completely devouring a plant before moving on. Even as they age, they continue to congregate in groups, though they can form silk nests individually in the wild. They then leave the plant and wander off to find a safe place to hide and pupate, where they stay as a beautiful brown-green chrysalis with a copper sheen. 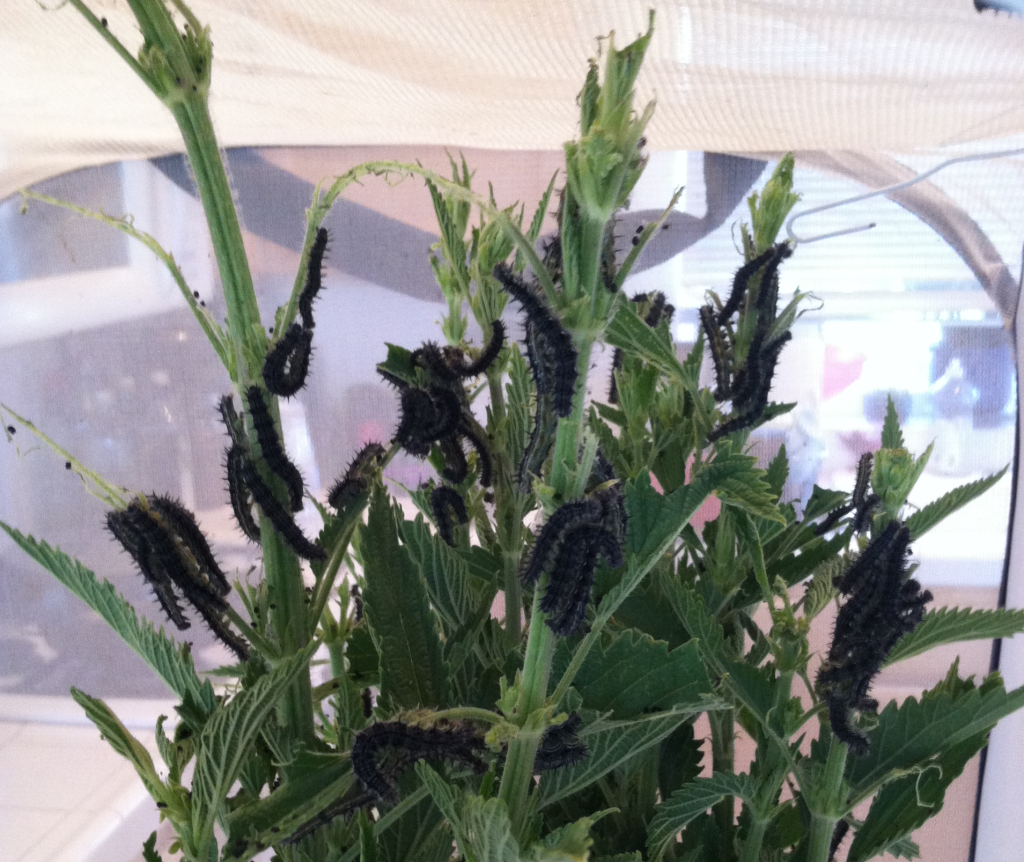 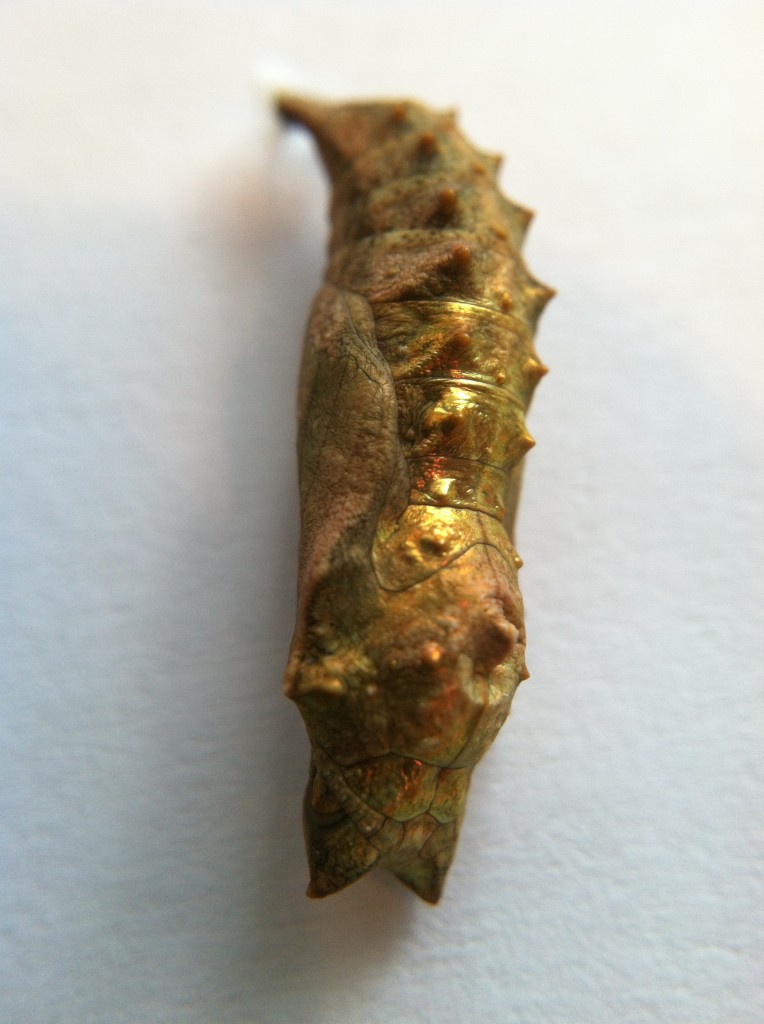 Milberts’ have a rapid development time, going from newly hatched to pupa in under 3 weeks. However, after pupation they are a fairly long-lived species, often living over a month. They exhibit two flight generations per year and will be active as adults until perhaps early October, when they’ll overwinter as adults. Be sure to see these beauties on our opening weekend!

One thought on “Meet the Bugs: Milbert’s tortoiseshell”